Surprisingly for someone that is a professional geek, I actually do not really like having stats in front of me when I ride my bike. As such for years I have been happilly using a basic wireless computer from Decathlon. It was small, simple, cheap and I only changed the battery once in a blue moon. It told me how fast I was going, and the time. That is all I need and I was happy. I like to geek out, but I do that afterwards - my phone and Strava work fine for that.

However, a while ago someone went past my bike and stole the computer, lights and multi-tool while it was locked up outside my office.

Aside: To the Gendermarie, if some pulls up alongside one of your officers and tells them that their lights have been stolen, they will get upset if you then try and book them for riding without lights. Especially if the remnants of the light mounts are clear to see and they are expensively dressed, you can assume they do not make habit of it.

Anyway, after a bit of riding without a computer, I decided that not having the time on bars was actually quite frustrating. I looked at a new cheapy wireless computer, but then decided that the minimal extra cost of a basic GPS was worth it.

I looked at a few:

I discounted the Garmin quite fast - it is really very limited (not even HR monitor support) and quite a bit mor expensive. Choosing between the Wahoo and the Lezyne was harder, both have a lot of features for the price, but in the end the decider was that the Lezyne charges via USB instead of the CR2032 battery the Wahoo needs. Also, it does not rely on my phone which more an observation than an advantage. I also knew from my various Lezyne lights that they know how to make something waterproof. I live in Brittany so that is pretty important. 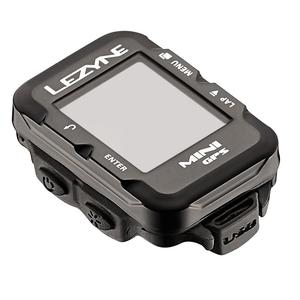 TL;DR: I am mostly happy with it, but not without reservation

It is nice and small, which is cool. Ugly, but small enough that I don't really care. The screen is small but, as long as you are reasonable, usable. I mainly use a single screen with 2 metrics on it (speed in a large font, a time below it) and am perfectly happy. You can have up to 4 metrics at once, but that is mostly unreadable at a glance.

It records everything I want and plenty that I don't. Unlike Garmin, all Leynze units support everything irrespective of price. If I were to buy a dual-sided power meter, I am ready for it. I can record and see it on the screen. I don't see it happening, but the option is there.

The battery lasts ages, and I can just plug it in to a computer to charge it.

Syncing with my phone (via bluetooth) and uploading to Strava works pretty well. I could also do it via the computer if I wanted to use something other than Strava/TrainingPeaks. When plugged in it appears as a standard USB storage device. This means that, while Leynze only support MacOS and Windows, I have no problems getting GPX files off it in Linux (Fedora 27+ is all I have tested).

The Android app looks dated but it mostly works pretty well. At least for syncing rides.

Upgrading firmware is awkward - you have to use either Windows or MacOS. I have done this via a Windows VM passing the USB device through and it works fine. The problem is that I always have to put it into Bootloader mode. According to the official video, I have the impression this should not be necessary, but it is is.

The navigation sucks! The page to build routes is clunky and would felt old-fashioned 10 years ago. Compared to Strava's route builder, it is painful to use. It will route you down woodland tracks and roads that just do not exist. I understand that they do not have as much data as Strava do, so Lezyne should just drop that feature from GPSRoot and import routes from your Strava directly. They have a Strava Routes section on GPSRoot, but it is perpetually "in development".

If you do manage to create a route, then the actual navigation is awful anyway. It is breadcrumbs only, but that is not the problem. On a screen this size I would not expect anything different. The problem is that it is just awful. If you do a point-to-point route, then it mostly works. Even so it has a tendency to think you have gone off route, which it then tries to recalculate and never manages. Much worse is if you try and put in a loop (as most people will do most of the time). In this case it will decide you have already finished as soon as you start.

I said the Android app mostly works, but there are things that do not work. When I got it in August sending a route to the GPS from the app worked OK. But since the update 26/10/2018 (version 6.90) this fails. You send the route and the app just sits there then gives up after a couple of minutes - the GPS does nothing.

The GPS Settings page in the app has never worked for me. It will eventually tell me "There is an update available" (there isn't, I am on the latest firmware) then just sit there. It may go back to reading the settings, but never actually seems to read them.

Intervals are another things, you are obliged to have a paid Training Peaks or Todays Plan account. I do not, nor do I want to. I just want to be able to put in a collection of intervals and have it time them for me. I can kind of do this with the lap timer, but I would have prefered to have this automatic.

As I said I am mostly happy with it. In reality it is does everthing I really need (speed, time and post-ride geeking) and it does it well. For someone who has the same needs as me, I can heartily recommend it. It does have some major bugs though - especially with routing and comms with the Android app. These are not deal breakers for me, but they may be for someone else. Especially someone who has bought one of the larger devices.